The following recollections about local cheese making are from Ian Steele, 27th October 2020

James Findlay’s brother Brian was in The Ross but James would be there too as a boy, possibly till he married and got Rainton. The cheese maker was the redoubtable Bob Maxwell, who had many children.

Bob was still about in my early years here and indeed for a while  he went to primary schools occasionally, including Borgue when my lot were there, and he would actually hand  make cheese with the children which they loved and found fascinating. We used 12lb cheeses, lovely things wrapped in muslin, and my Dad would lovingly keep it in our pantry, turning it occasionally, to replicate the amazing rotating shelves they had at the Ross, and then when he thought it was getting ripe, he had a little cheese corer to take a plug out to taste for maturity. We used to turn our cheeses upside down about every 4 weeks: top to bottom. You do this so  that the juices are spread evenly through the whole cheese, with the same flavour at both top and bottom. When a cheese is very immature it is very moist, so if you were not to turn it you would end up with an uneven flavour, since the ‘juices’ would tend to trickle to the bottom. As to when a cheese is ripe, it is just a question of time, and the taste you want. The longer you leave it, the more mature it gets. We would always leave it until it was a year old, at least, but since maturity varies depending  upon the temperature and air humidity of where kept, and that is why you begin to test.  Cheese makers have a specific ‘corer’, just a thin circular ring on a long straight handle, but Dad just  used quite a small circular potato/apple corer. The trick was initially to take quite a short core for the first test and just take a tiny bit off the cheese end as it were, to taste, then you put the rest of the core (with the crust still on) back in the whole to form a plug. A bit like the bung of a whisky barrel!

When ready it was opened to my Mum’s handmade oatcakes, but we just sliced great slices off and ate it like melon, with an oatcake as  an afterthought!! With five of us in the house it lasted about a week!! Maybe that is why there is a history of heart in our family! If truth be told, wonderful as Bob Maxwell’s cheeses were, we only started going to The Ross when our preferred cheese maker the famous prizewinning Mr Hughes from a farm beyond  Drummore disappointed us all when, with the arrival of mains water, he was lured away from cheese by the promise of a milk cheque. His cheeses were the best I have ever tasted- or maybe it was just that his  was the first farm Stilton we ever got and childhood flavours last longest and are the benchmark. That will be why no oatcakes have ever quite tasted as good as my mother’s. When she had time she finished them off at the open fire with a special brass oatcake curler which I still have, but alas I have no open fire!!

The following photographs are from the Adam Gray collection and show the cheese making process at Rainton Farm. This has now been revived by David and Wilma Finlay at The Ethical Dairy at Rainton Farm. 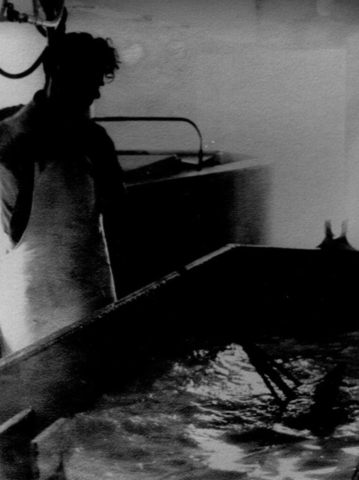 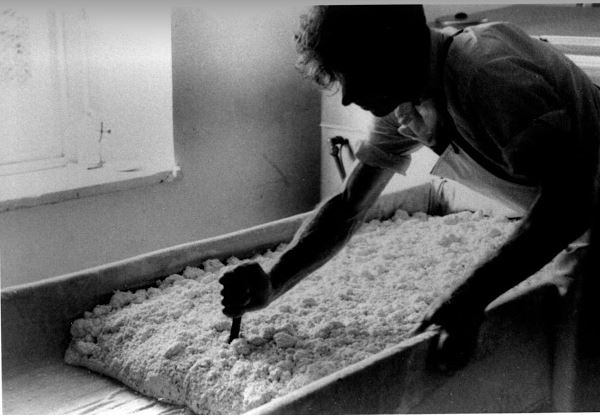 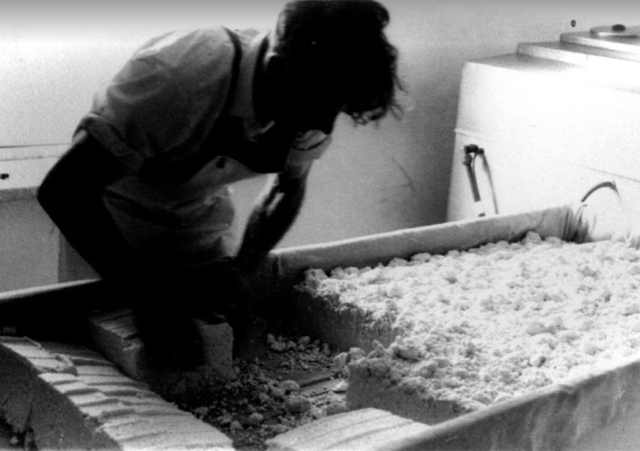 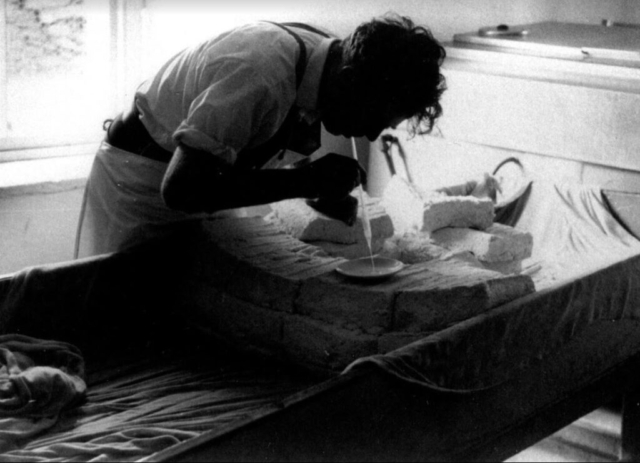 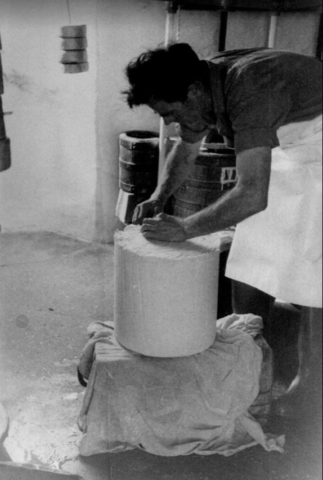 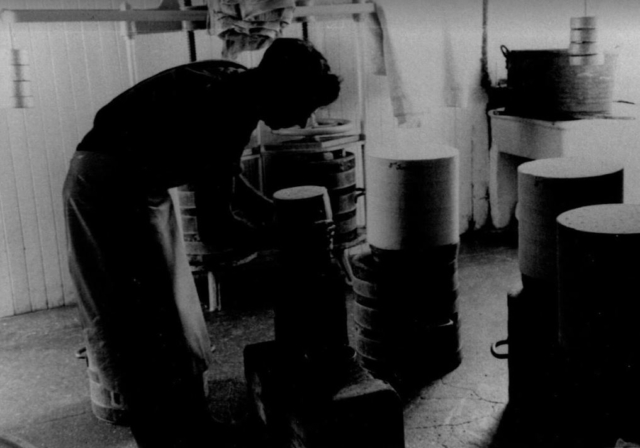 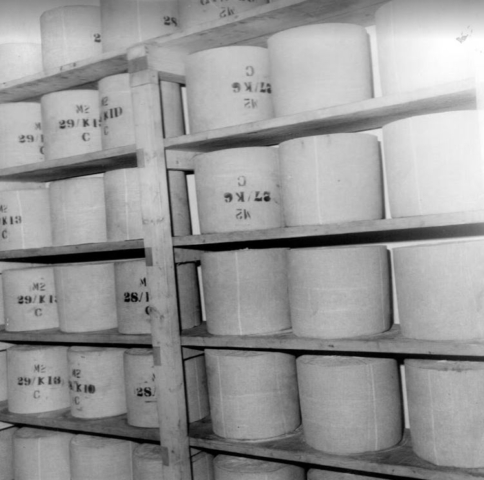